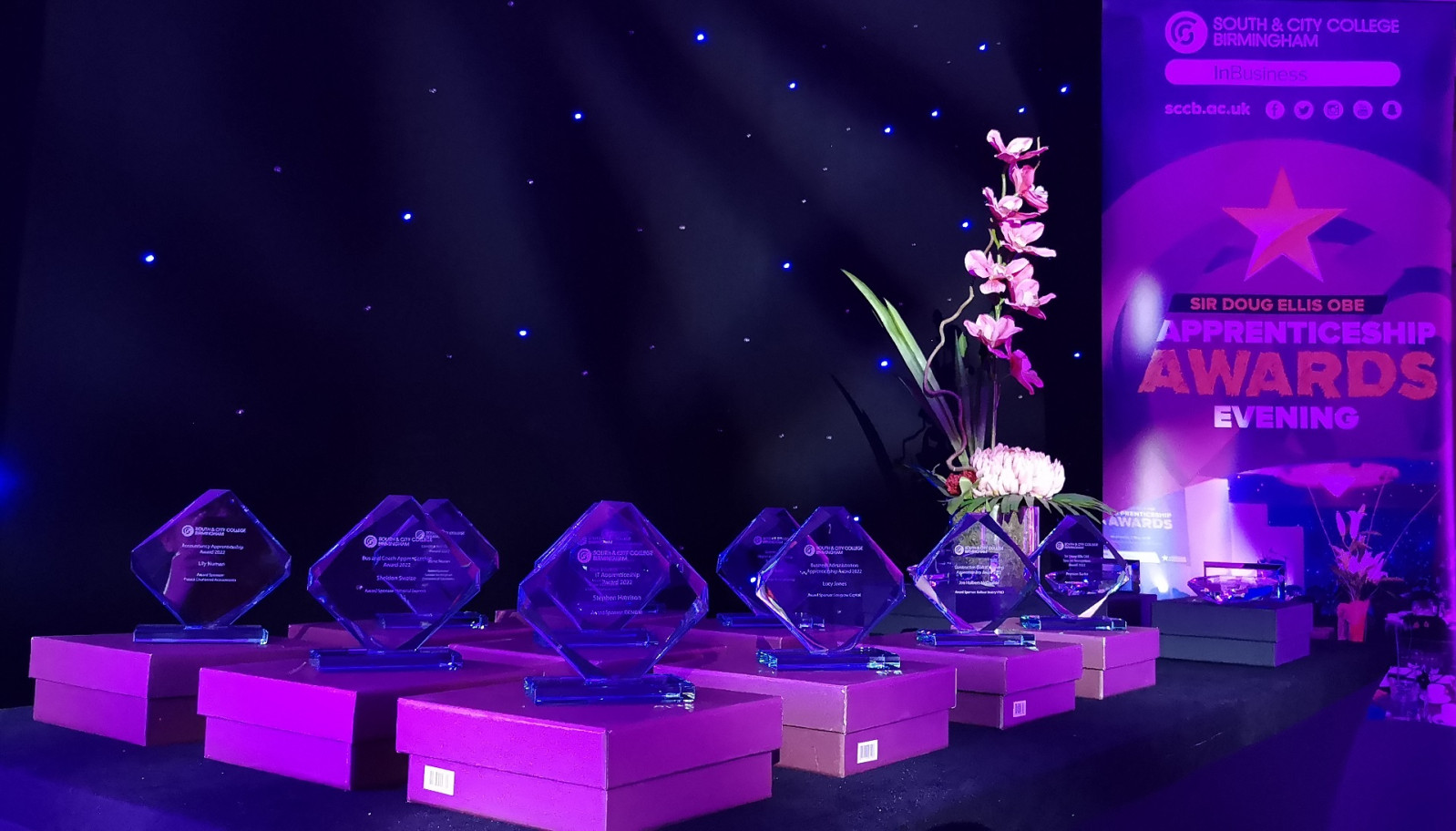 South and City College Birmingham has again celebrated the success of apprenticeships with employers and young people at the Sir Doug Ellis Apprenticeship Awards evening. After a year-long break, the awards were held at The Macdonald Burlington Hotel on Friday 11 March.

The evening raised over £1,800 in aid of the Birmingham Women’s Children’s Hospital.

Many congratulations to ALL our winners and a big thank you to all our employers and college staff who contributed and nominated - along with the staff and students who helped set up this incredibly successful evening of celebration.

Make sure your diaries are free for next year’s Apprenticeship Awards evening at the Macdonald Burlington Hotel.